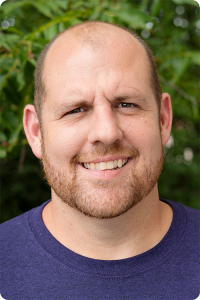 Brian Jennings is a Childcare Director for the YMCA, a role he began in 2021 as our Summer Camp Director at the Pickens YMCA. He comes to the Y with a wealth of knowledge and experience in working with youth and children, having previously served as a Teacher, Family Pastor and Children’s Pastor.

In his role, Brian is responsible for planning for the program and ensuring the students in our After School program have a fun, safe environment where they can grow in spirit, mind and body. He also oversees the After School coordinators and counselors who work with the students each day.

Brian also runs our Summer Camp program at the Pickens YMCA, ensuring our summer campers have the Best Summer Ever!

Brian is passionate about serving families and children, and helping equip our next generation for the future in a fun, engaging and Christ-centered environment. He is excited about being a part of an organization that has the same mission as his passion of further God’s Kingdom and building stronger kids, stronger families and a stronger community.

When he’s not at the Y, Brian enjoys collecting and building Lego sets, fishing, the Cleveland Browns, and spending time with his wife and 3 children. And ask Brian about when he proposed to his wife dressed up in a Cleveland Browns dawg costume or when he was in a commercial with Lebron James that was filmed at Cleveland Browns Stadium.